Fairer funding for our local schools 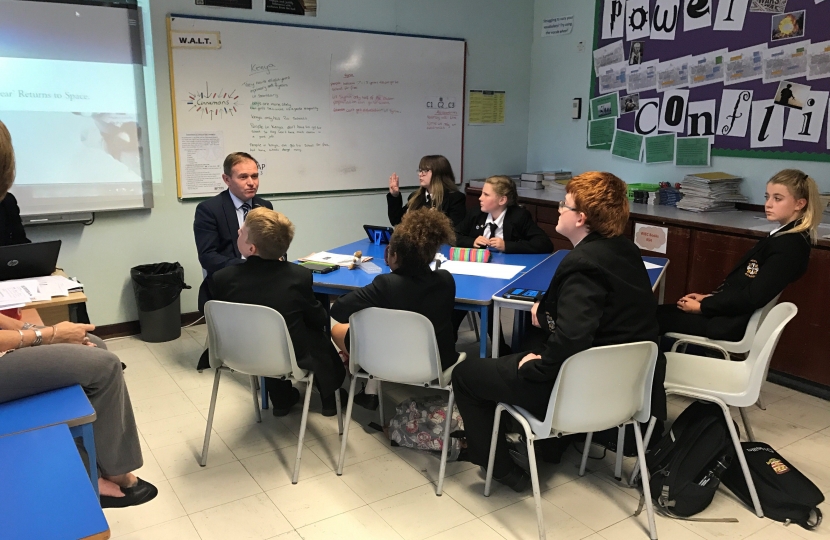 George is committed to fairer funding for our local schools. He recently wrote to the Department for Education to discuss concerns that he had, and made specific proposals on criteria for the new national funding formula.

He welcomed the announcement of £1.3 billion of additional investment in schools in England and said “I am pleased that the new national funding formula will increase the basic amount allocated for every pupil and will allocate a minimum per pupil funding level for both secondary and primary schools to target the lowest funded schools. It will provide a minimum cash increase for every school of 1 per cent per pupil by 2019-20, with the most underfunded schools seeing rises of 3 per cent per pupil in 2018-19 and 2019-20. I am also encouraged that every school will receive a lump sum of £110,000 to help with fixed costs.”

July 2017: The Government has announced an extra £1.3 billion for schools funding. This will ensure that not only does the budget grow but that funding per pupil will be maintained in the years ahead.