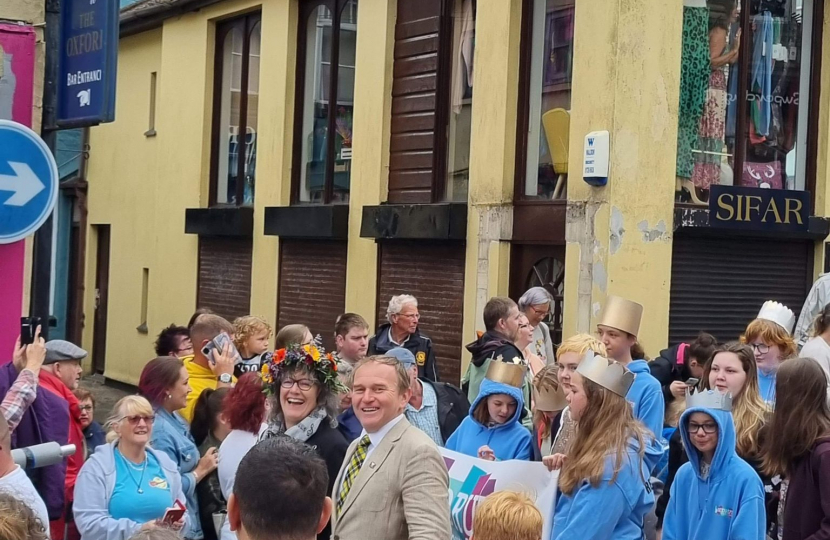 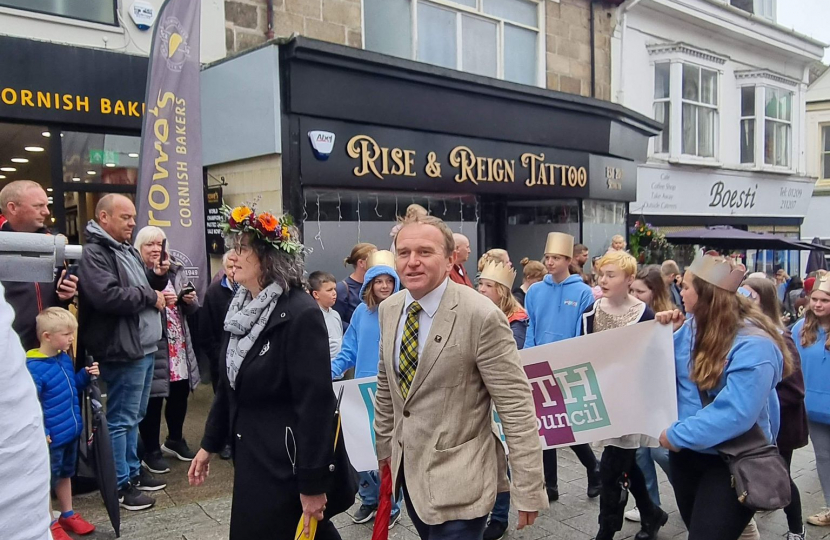 Following on from the success of the Royal Cornwall Show earlier this month, the weather held up for Murdoch day last Saturday. It was great to be back and to celebrate it properly again after two years of Covid-19 restrictions and fantastic to have the community out in such numbers.

During the morning, we had the parade with the theme of the Queen’s Jubilee.  There was an excellent procession involving many of the local schools and Redruth Town Band led the way.  There were also other dance acts, choirs, and bands performing throughout the day.

William Murdoch was one of the pioneers of steam power development in Cornwall and also famously invented the first-ever gas light using piped gas. At Murdoch House, they were showing the amusing and creative short film produced by Squashbox Theatre on the Life of William Murdoch which is available to view on YouTube. Produced last year, during lockdown when celebrations couldn’t go ahead,  it’s an engaging and light-hearted story of Murdoch’s life (even if a little unfair on Richard Trevithick, the neighbor from Camborne!)

Redruth has some amazing architecture, and it has been great to see progress made under a number of funds to bring old buildings back into use.  The Highstreet Heritage Action Zone, centered around Fore Street and the Buttermarket, was awarded £1.68 million by Heritage England last year. This has allowed work on projects like the Buttermarket to proceed swiftly. Additionally, the renovation of the old HSBC bank to act as headquarters for the St Piran Cycling Community Interest Company will allow Redruth to build its reputation as a center of creativity and enterprise, and act as home to Cornwall’s only professional cycling team. These projects are great examples of community-led regeneration, which will bring investment into the town and create a better public realm and better facilities.  There has also been progressing in improving provision for young people.  There has long been a desire to create a new skate park in Redruth so that young people do not need to go to Truro to the facilities there.  Local councilors such as Ian Thomas and Barbara Ellenbroek have been championing such an idea for many years. The work is now complete, and it will shortly be opened.

Cornwall has a unique place within the United Kingdom and made a unique contribution to the industrial revolution with inventors like William Murdoch and Richard Trevithick shaping new technologies that created huge change. Today we are at the center of new technologies again such as floating offshore wind, geothermal energy, and some of the minerals needed for a new generation of electric vehicles.