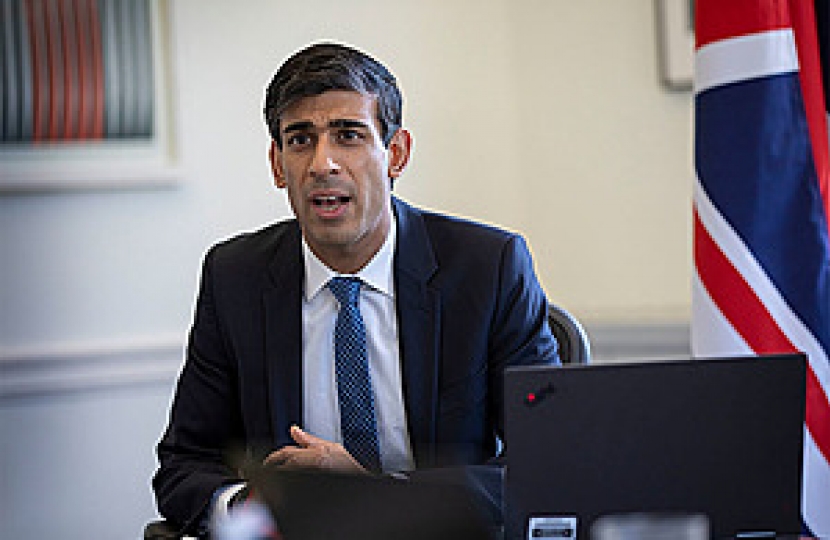 Rishi Sunak held a virtual meeting with G20 Finance Ministers and Central Bank Governors to discuss the details of a coordinated fiscal, monetary and regulatory response to the pandemic.

Led by the UK and India, Finance Ministers agreed decisive action was needed to reduce the global economic damage of the virus, setting out an action plan that includes a call for the swift implementation of a $200 billion package of global support from the World Bank Group and Regional Development Banks.

The money will be invested in health programmes, emergency fiscal support to the poorest countries and a number of other global initiatives.

The Chancellor, Rishi Sunak, said, "The UK is at the forefront of international action in the fight against the Covid-19 outbreak and we’ll continue to work with our allies to save people’s lives and support the global economy. It’s right that we have suspended debt payments for the world’s poorest countries and are supporting the most vulnerable health systems in the world, which in turn makes us all safer."

The Chancellor, who led development of the action plan with his Indian counterpart, also called on more G20 Finance Ministers to fund the development of vaccines, with the UK already contributing £250 million for the Coalition for Epidemic Preparedness Innovations – a global organisation that conducts research to develop vaccines against infectious diseases.

In total, the UK has so far contributed £744 million in aid to the fight against coronavirus to help slow down the spread of the disease around the world and help manage the global economic damage. Countries to benefit from the UK’s contribution include Yemen, where nearly 20 million people lack access to healthcare, Niger, which is one of the poorest countries in the world and Mali, which has been affected by instability and unrest since 2012.

The meeting followed Rishi Sunak’s discussions with G7 counterparts yesterday, and was ahead of the G7 leaders’ call on April 16th. The Chancellor will remain in close contact with key international counterparts including ministers across the G7 and G20.

My office has received an unprecedented amount of correspondence seeking help and advice. To ensure you get the right help as quickly as possible please check www.gov.uk/coronavirus.

George Eustice, Member of Parliament for Camborne, Redruth and Hayle last week visited the South Crofty Mine to get an update on plans to de-water the mine and resume tin production at the site.