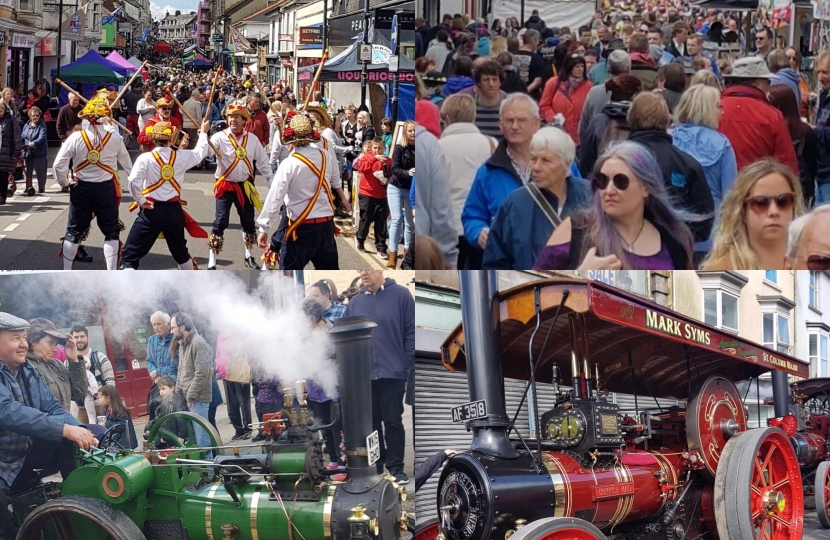 On Saturday, George Eustice MP attended the annual Trevithick Day celebrations in Camborne. The days commemorates the achievements of Richard Trevithick, which epitomise the contribution made by Cornwall to the Industrial Revolution.

Hundreds of school children, families and members of the community came together. There was a parade which included a replica of the Puffing Devil, which is always the star of the show.

George said “Richard Trevithick was criticised for trying new principles, but knew in his heart that he had brought forward new ideas that would be of huge value to this country. For many years his achievements were not really recognised, which makes it all the more important that we celebrate them now. This year, there was a fantastic turnout, and it was good to see so many local primary schools taking part in the children’s dance”.