George calls for free vote on issue of religious slaughter 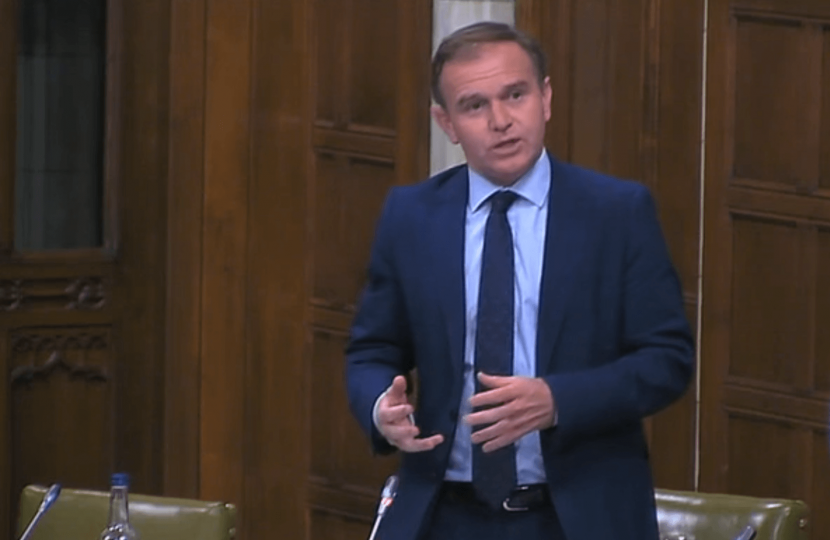 George Eustice, MP for Camborne, Redruth and Hayle, and former DEFRA Minister has today called on all main parties to grant a free vote to MPs on the issue of religious slaughter.  He argued that free votes were granted on every other issue that concerns ethics or religious conviction and that the political parties should step back and allow parliament to address deficiencies in the law under a free vote.

In a speech in a Westminster Hall debate in parliament today, he pointed out that there had been an alarming rise in the number of sheep being slaughtered without stunning - up to 25 percent of all sheep last year.  He also highlighted the pain and suffering that is caused by the non-stun slaughter of bovine animals in particular which can take several minutes to bleed to death under kosher or halal slaughter methods.

George Eustice argued that successive governments had found it difficult to address the issue because it is contentious and divisive and, as a result, the UK was falling behind other developed countries like Australia, New Zealand and some European countries like Norway and Denmark.  He proposed a package of improvements that Parliament should consider including:

George Eustice said, “There has been an alarming rise in the proportion of farm animals slaughtered without stunning and our regulations in this area are outdated.  We are falling behind other developed countries.  On every other issue that concerns religion, the political parties allow their MPs a free vote to wrestle with difficult moral dilemmas.  It is time for all the main parties to make religious slaughter a free vote issue so MPs can improve the law.”

You can also read more about the issue in a recent article written by George at: https://www.politicshome.com/news/uk/environment/opinion/house-commons/105006/george-eustice-mp-uk-being-left-behind-other?fbclid=IwAR3Ku_Y5t1G7V_CcTqCPVtu1rc7K5KGp93Yh_BpPu5e7Fsg0NR-Dj2gXCKg