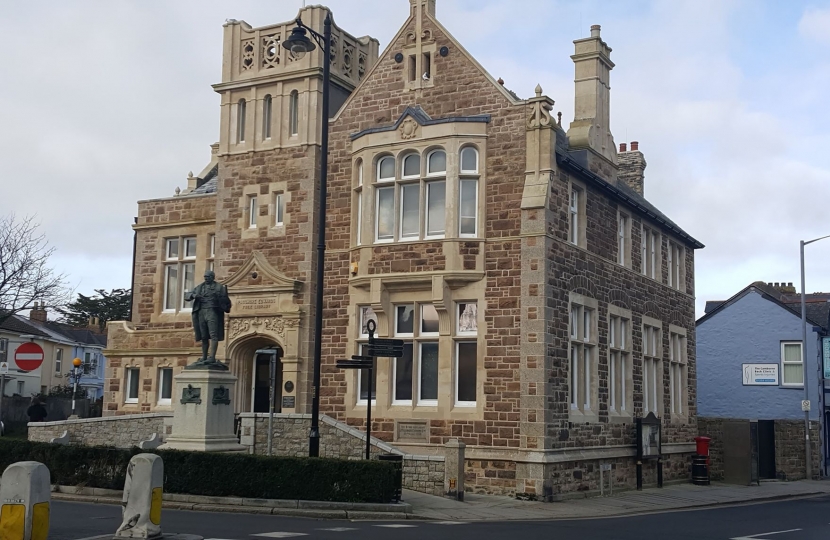 Camborne is set to receive up to £25 million in funding to assist with its economic regeneration as part of a wider Towns fund to help level up towns across the country.

Camborne was selected as one of 100 pioneer towns, with communities, businesses and local leaders now joining forces to draw up ambitious plans to transform their town’s economic growth prospects with a focus on improved transport, broadband connectivity, skills and culture.

The new fund is modelled on the successful "City Deals" approach which has supported major regeneration in large cities but is now aimed at smaller towns. Towns eligible for support from the £3.6 billion Towns Fund include places like Camborne with a proud industrial and economic heritage but which need help in order to promote prosperity.

The government will soon publish a prospectus to guide towns through the process and set eligibility criteria for funding.

George said, “Camborne was once at the heart of the industrial revolution and its expertise in mining engineering was second to none. We have made progress regenerating our towns in recent years with the new link road, developments around Tuckingmill, the prospect of South Crofty reopening and new jobs in industries like computer software. However, there is more to do.

“This new funding as part of the Government’s Town Deals project will help back local projects to create prosperity and support the further revival of Camborne. I have always made economic regeneration one of my main priorities and I am pleased that our needs are being recognised and addressed by the government.

"I will be working with the local community to help shape our priorities and bid to the fund."

George welcomes announcement that 2021 G7 will be held in Cornwall

George Eustice, Member of Parliament for Camborne, Redruth and Hayle, has welcomed the decision by the Prime Minister, Boris Johnson, to hold the G7 summit in Cornwall in 2021.