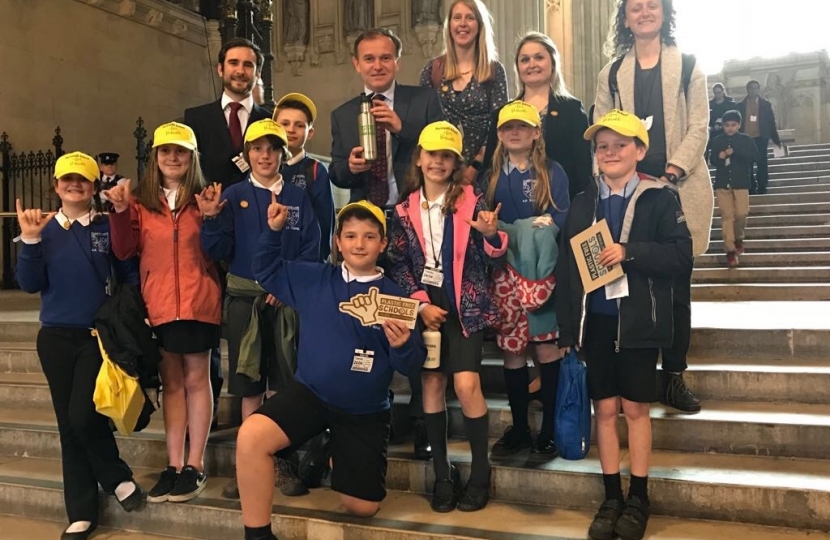 Pupils from Portreath School recently wrote letters to George to tell him about their school work on the issue of plastic. Last week, they were invited to Parliament to take part in an All Party Parliamentary Group meeting with Surfers Against Sewage.

George said "Congratulations to pupils from Portreath School who came to Parliament to address a parliamentary committee on the work that they have done to tackle the scourge of plastic waste. They have persuaded suppliers to change from plastic to cardboard packaging, their milk now arrives in glass bottles, and they help with beach cleans at Portreath. It is great to see a Cornish school teaming up with Surfers Against Sewage to take part in this campaign".