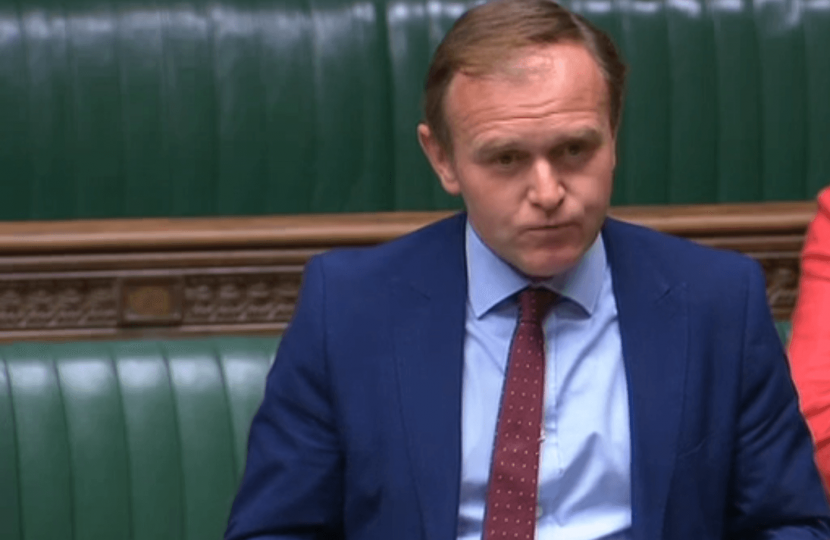 George Eustice, MP for Camborne and Redruth will today present a Bill in Parliament that aims to introduce new financial assistance to help home owners in Cornwall whose properties are affected by subsidence damage as a result of historic tin mining features.

The Tin Mining Subsidence Bill would amend the Coal Mining Subsidence Act of 1991 in order to create an additional obligation on the Coal Authority to offer financial and other assistance to help home owners whose property has been affected by subsidence damage due to tin mining. Currently, those living in former coal mining areas whose properties are affected by subsidence damage are entitled to financial support to put right any damage. Due to an oversight in the drafting of the original legislation, similarly affected communities in former tin mining areas like Camborne and Redruth are denied the same sort of compensation or assistance.

The Coal Authority, despite its name, has a remit that goes wider than just Coal Mining. It has a regulatory role on other forms of mining and can provide support and advice to other government departments.  Its current role includes involvement in current applications for the reopening of tin mines in Cornwall. However, the legal obligation to remedy subsidence damage only extends to coal mining areas.

George said, “I am asking for nothing more than equal treatment. Whether subsidence damage was caused by tin mining in Camborne or coal mining in Nottinghamshire, the plight of the home owner whose property is affected is exactly the same. It is not right that communities in coal mining areas should be singled out for financial support while those here in Cornwall who suffer subsidence damage due to tin mining are simply left to their own devices.

“Cornwall’s tin mining industry left an enormous legacy to the world in terms of the wealth it created for our country during the industrial revolution, the spirit of invention and innovation that went with it and the mining expertise that was subsequently taken around the world. But for those who live in Cornwall today, the threat of subsidence damage to their property from historic mining features is a constant worry and it time to address this gap in the law so that Cornwall is treated equally and receives the support it requires.”