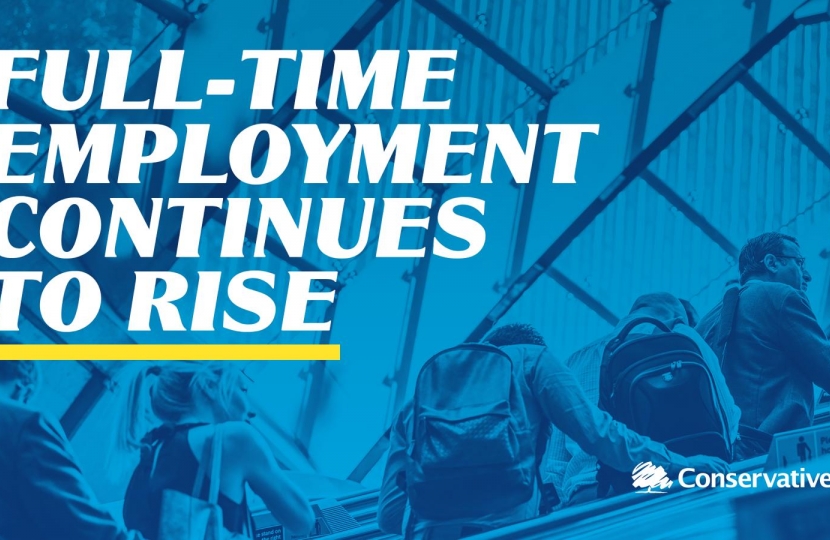 George Eustice, MP for Camborne and Redruth has today welcomed further good news on the economy detailing that wages are at a record high and more people than ever before are employed with a full-time job.

The new figures released today mean that families have more money in their pockets with wages growing at their fastest pace for more than 11 years, and rising ahead of prices for 18 consecutive months. The employment rate continues to be at a joint record high and there are more people than ever before with a full-time job, giving more families the security of a regular wage.

The new figures show that:

George said, "Today's news is recognition of the work that this Government has undertaken to get our economy back on track. In 2010 when Gordon Brown left office, our national debt was spiralling out of control, there was a recession, unemployment was rising, and youth unemployment was a persistent problem.

"As a government we had to take some tough decisions in order to restore fiscal responsibility and get our country’s finances back on track. Everyone has made sacrifices and played their part and now, because of the hard work that we have put in in, we’ve begun to turn our country around and get the economy moving again.

"With the employment rate at a joint record high, more people than ever before with a full-time job and youth unemployment down, our economy continues to improve helping families have more money in their pockets."

George Eustice, Member of Parliament for Camborne, Redruth and Hayle, has today welcomed the announcement that Redruth Cultural Consortium has been awarded £80,000 for their Cultural Programme by Historic England.