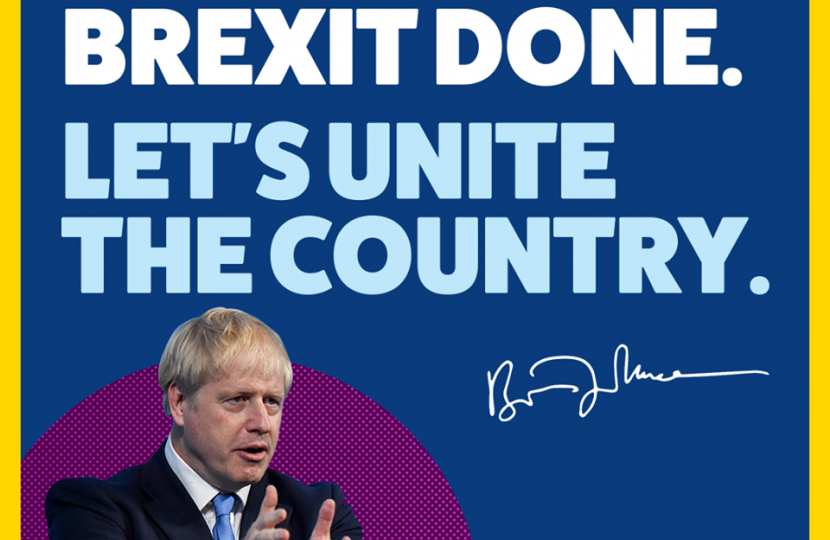 "The deal that Boris Johnson has brought back delivers on the result of the referendum. It will allow us to take back control of our laws, borders and money. I hope that MPs will get behind this deal, so that we can move forwards and focus on our priorities. It’s time for politicians of all parties to get behind it."

You can read more about George's views in the article below:

The Brexit finishing line is in sight

For over three years, politicians in Westminster have been arguing about how to deliver on the referendum result. We’ve been able to say what we don’t want and even voted against a deal three times. As someone who campaigned to leave and sought to compromise in order to achieve Brexit, it’s been a frustrating time. But the finishing line is now in sight, and it’s time to finally get Brexit done.

Despite his detractors and attempts by those who have sought to frustrate and cancel Brexit, the Prime Minister last week delivered a workable proposal that both delivers on the referendum and takes into account the concerns around making the Irish border.

It removes the so-called “backstop” which was anti-democratic and would have left the UK trapped in EU law with no way of getting out. It also disregarded the importance of political consent in Northern Ireland so it compromised one of the key aspects of the Belfast Agreement. That is why Parliament rejected the last Withdrawal Agreement three times.

The proposal was a revised offer that would have passed parliament. The UK would leave the Custom Union and Single Market whilst also restore the supremacy of British law over EU law and freeing the country from the European Court of Justice. It would ensure that British taxpayers’ money remains in Britain and spent on priorities that matter to the public but it would have addressed all the issues that were of concern to Ireland.

There would be a regulatory zone on the island of Ireland covering all goods but eliminating the need for all regulatory checks for trade in goods between Northern Ireland and Ireland, and any customs checks would take place either electronically or, where necessary for physical checks, at traders’ premises or other points in the supply chain. Northern Ireland would remain completely part of the UK customs territory and not the EU customs union.

It was well thought through and made a lot of sense but sadly, as usual, the EU have refused to engage in it. The problem all along in this process has been that the EU have adopted a stance that says they want us to stay fully in the EU so that we will still pay them large amounts of money and so they can still have control of our laws and a free run of our market. Getting them to accept that we have voted to become an independent country making our own laws has been a struggle, not least because they see a faction in Parliament including Labour and the Lib Dems who want to ignore the referendum result. If the EU senses that Britain no longer values it's democracy and us willing to simply ignore election results, then why should they have any qualms about demanding they maintain direct control of our laws?

This situation cannot continue. We need a General Election to settle this stagnant argument but first we must get out of the EU at the end of this month with or without an agreement. The vote to leave the European Union was a momentous decision in this country’s history and we need to embrace democracy.

As the world’s fifth largest economy with world leading expertise in science, finance and industry, we have an incredibly strong hand of cards to play as we leave the EU and we should not fear leaving without an agreement.