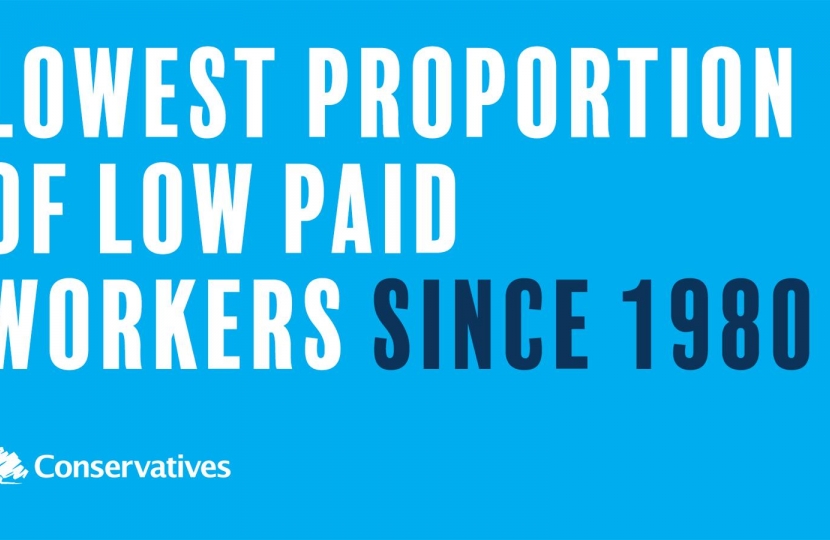 George Eustice, MP for Camborne, Redruth and Hayle has today welcomed the positive news that Britain now has the lowest proportion of low paid workers since 1980.

George commented, "In 2010 when Gordon Brown left office, our national debt was spiralling out of control, there was a recession, unemployment was rising, and youth unemployment was a persistent problem.

As a government we had to take some tough decisions in order to restore fiscal responsibility and get our country’s finances back on track. Everyone has made sacrifices and played their part and now, because of the hard work that we have put in in, we’ve begun to turn our country around and get the economy moving again.