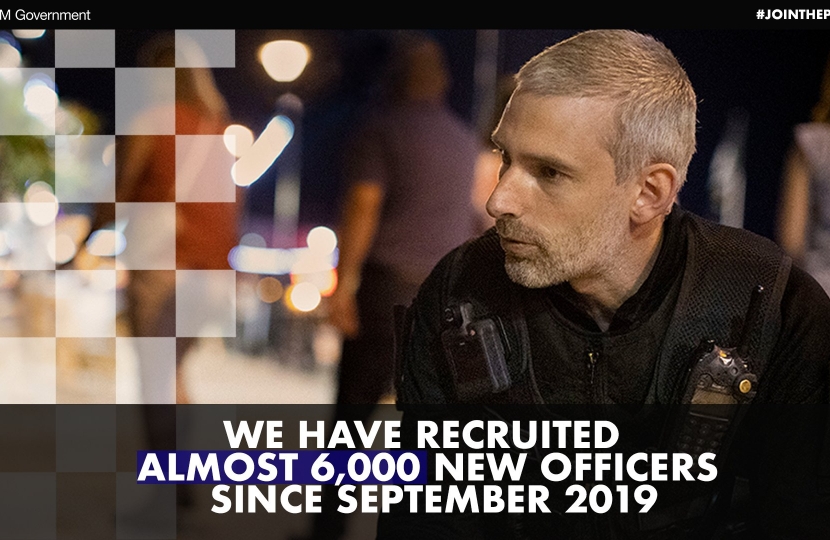 George Eustice, Member of Parliament for Camborne, Redruth and Hayle, has today welcomed the new recruitment of 400 extra police officers, including 141 in Devon and Cornwall.

This effort is part of the Government's goal of recruiting 20,000 more police officers by 2023. Getting more police onto our streets is one of the people’s priorities – and even in the face of unprecedented challenges, this People’s Government is continuing to deliver on our promise to keep the British people safe.

The Government is committed to giving the police the powers and resources they need to keep us safe by boosting police funding, increasing their wages and recruiting more officers.

George said, “Getting more police officers onto our streets is one of the people’s priorities. In just over one year, the Government has already delivered an extra 141 officers across Devon and Cornwall.

“Every one of these officers will make an enormous difference in helping to cut crime and keep people safe and this will only increase as 20,000 more officers are recruited over the next three years.”

George has written more about the governments approach to policing, you can read more HERE

George welcomes announcement that 2021 G7 will be held in Cornwall

George Eustice, Member of Parliament for Camborne, Redruth and Hayle, has welcomed the decision by the Prime Minister, Boris Johnson, to hold the G7 summit in Cornwall in 2021.