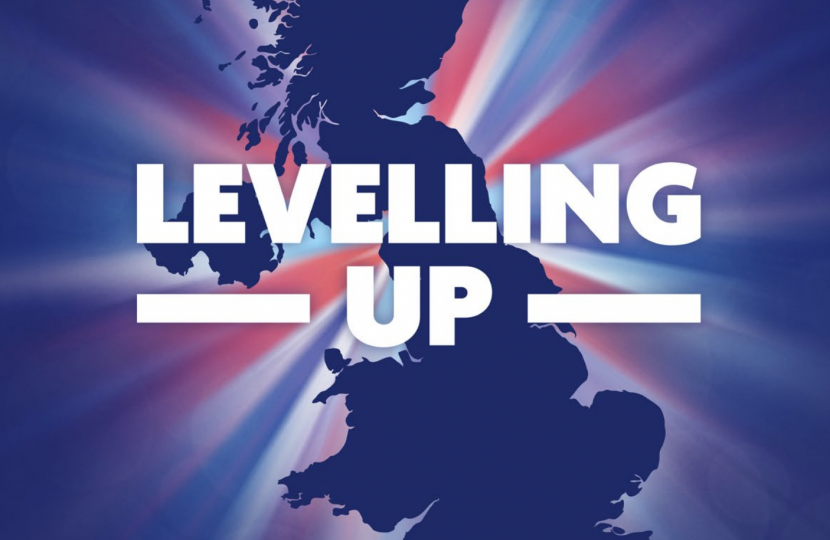 George Eustice, Member of Parliament for Camborne, Redruth and Hayle, has welcomed the announcement that the UK Shared Prosperity Fund (UKSPF) will deliver on the UK Government's commitment to match EU funding for Cornwall.

Communities in Cornwall and the Isles of Scilly have been allocated over £130 million from the UK Shared Prosperity fund today (13th April) to boost local businesses, invest in local people and level up the coastal region. The UK Shared Prosperity Fund (UKSPF) delivers on the UK Government’s commitment to match the previous EU funding from the European Social Fund and European Regional Development Fund. The UKSPF will help regenerate communities, tackle economic decline and reverse the UK’s geographical inequalities and is targeted at areas with higher levels of need.

The UK government is empowering local areas to decide how to spend the funding based on their own priorities.

Places like Cornwall and the Isles of Scilly will also benefit from their forthcoming devolution deal as a part of the government’s commitment to level up every corner of the UK.

This new funding builds on previous announcements including the £23 million Town Deal for Camborne and with Cornwall being one of the nine county areas invited to negotiate a ‘County Deal’.

Following the announcement, George Eustice said: “The UK Shared Prosperity Fund will help develop new industries and better paid jobs in Cornwall.  It is right that Cornwall should receive the same level of financial support as it did previously when we were in the EU but there will be more freedom for local communities to decide how these funds are used."

Minister for Levelling Up, Neil O’Brien MP, added, “The UKSPF will allow local leaders and communities in Cornwall and the Isles of Scilly to directly tackle the issues affecting their local area, whether that’s access to more opportunities or high street regeneration.

“This new and innovative approach to empowering local communities is a key part of our levelling up agenda, now unshackled by previous EU restrictions.

“I look forward work closely with local leaders in Cornwall and the Isles of Scilly to see the creative, ambitious choices that communities make as they level up and take charge of their destinies.”