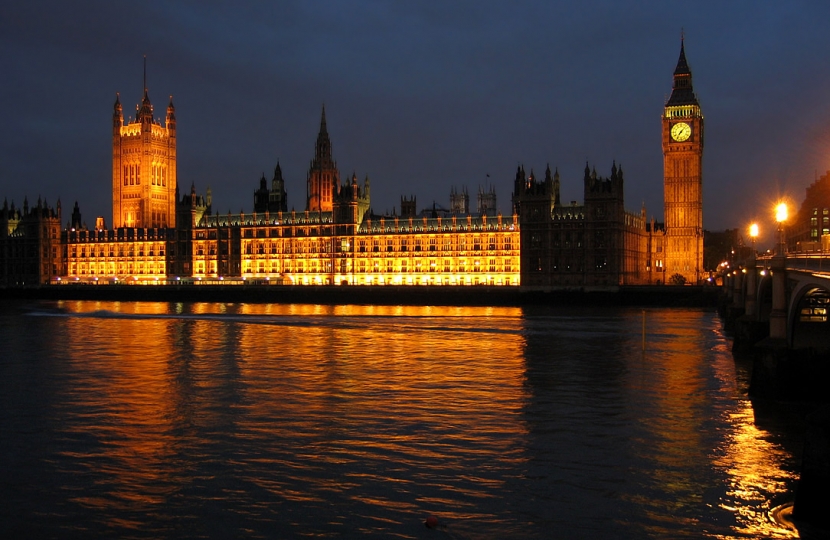 Writing today ahead of this evening's key vote George said that if MPs vote down the Brexit deal, then the only option for a serious country is to leave without an agreement:

EU institutions are designed to be insulated from democratic forces. They take the view that nothing that a national democracy might do can change the Treaty obligations that all member states are under. It is what makes them such a lumbering and inflexible organisation and one of the reasons why this negotiation has been so difficult.

When any referendum in a Member State comes up with an inconvenient answer, the EU has a long history of expecting people to vote again until they give them the right answer. They have no qualms about humiliating a national government, as Greece learnt, even if in doing so they store up even bigger political problems for the future.

This week Parliament will have an important decision to take. As I write this article we don’t know whether the Prime Minister agreement will pass.  However, if it fails to get through, are we going to roll over like Greece did? Will we go back, cap in hand to ask for an extension, and then meekly accept whatever terms they attach to that extension, if it’s allowed at all? Or are we going to face them down, calmly get our coat and walk out the door?

This is a deeply uncomfortable decision for Parliament to be confronted with, but there is only one viable option if we regard ourselves as a serious country. In the absence of an agreement, we have no alternative but to muster the courage to leave without one and then do all we can to mitigate any impacts of a departure without an agreement. Unless we are psychologically prepared to leave with no deal, we can never expect to get a good deal. In any event, “no deal” is a bit of a misnomer. A more accurate description would be “no deal, yet.” In many ways, the idea that you can get anywhere by negotiating with the EU while still a member has been tested to destruction. If it turns out that approach has now failed, then we should try a different one, get out first and talk afterwards.

There is an approach that would mitigate the effects of any departure without a deal and provide time and space for talks to continue after we have left. We should unilaterally commit to dynamically align with all EU regulations across the piece, as if we were still a member of the EU, for a transitional period of nine months. That way, the EU would have no real reason to put up full border infrastructure or checks. We already know that they are not ready for us to leave.

To leave the EU without an agreement would cause some short-term challenges but in all of the scenario planning I was involved in as a minister, the difference between a reasonable best-case scenario and a reasonable worse-case scenario really came down to one thing: how will the EU behave. If they act in a proportionate and pragmatic way, then the situation can be managed to mitigate the effects for both parties.

I have always supported compromise to achieve reconciliation in our country over this issue, including being open to using our existing EEA membership as an exit mechanism. But if we fail to leave at all, we will be completely humiliated.