George's Speech to the 2022 Conservative Spring Conference in Blackpool 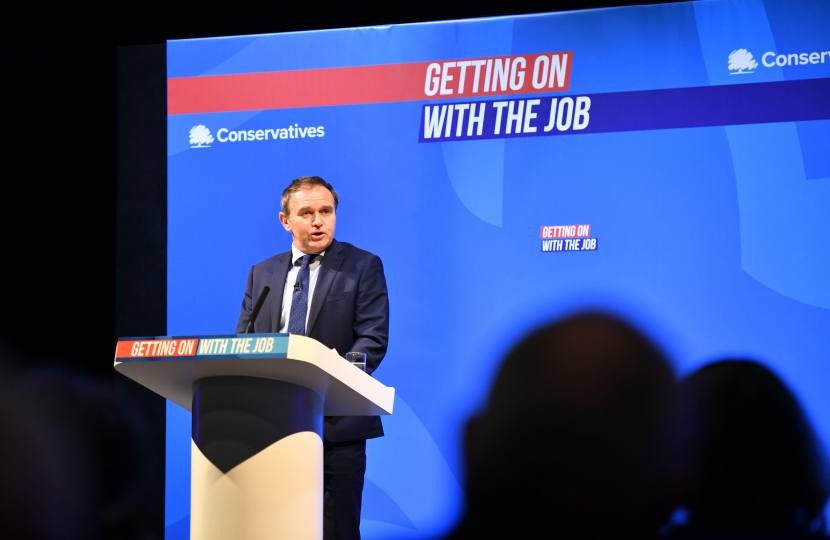 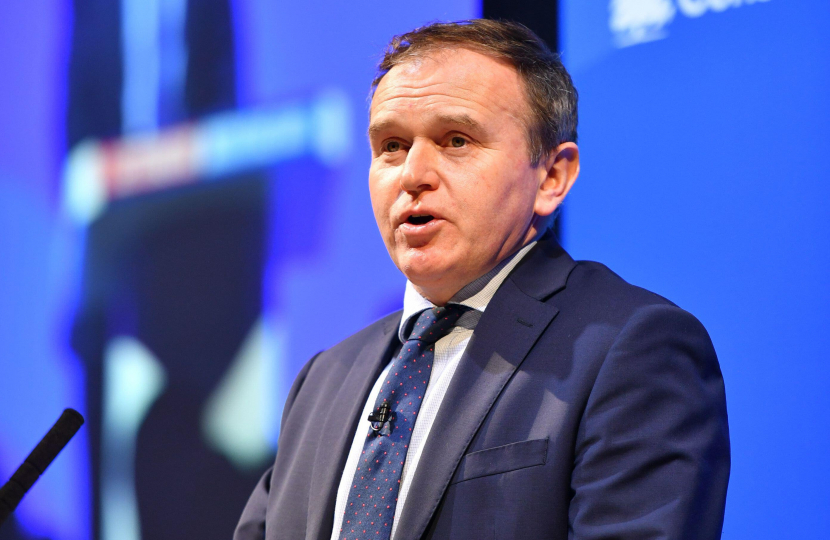 In recent weeks, we have all been moved by the incredible courage of Ukraine’s president; by the extraordinary bravery of the Ukrainian army; and by the fortitude and resilience of the Ukrainian people. And despite the many harrowing events emerging from this conflict, we have also seen the morale boosting sight of Ukrainian farmers towing away Russian tanks with their tractors - just one of many symbols of Ukraine’s extraordinary tenacity.

Ukrainian farmers are showing tenacity in another way. Despite everything, they remain determined to get this year’s crops in the ground, particularly in Western Ukraine. Spring is the season of new life and new beginnings. For farmers the world over it is a time of hope as they sow their crop for the year ahead, with optimism for what it might bring in future.

The determination to get this year’s crop in the ground shows that Ukraine is a country that believes in its future and refuses to give up.

Of course, Ukraine is a significant global producer of many agricultural commodities such as wheat and sunflower oil.

The invasion of Ukraine has obviously caused some turbulence in international commodity markets. Agricultural commodity prices have always been strongly correlated to the price of energy. The turbulence on the market has brought into focus, once again, the importance of a resilient global supply chain.

Last week I attended a special meeting of the G7. At difficult times when there is a shock to the market, the single most important thing that the world can do is to keep markets open. There is over 200 million tonnes of wheat in store around the world and those who operate the market need to be able to move stocks around freely in order to satisfy global demand.

The UK is largely self sufficient in wheat production and imports a small amount predominantly from Canada. But we are working with like minded countries around the globe to ensure that trade flows continue and we are working through organisations like the World Food Programme to identify vulnerabilities in other countries and to play our part ensuring that we get food to those nations in need, including those besieged cities in Ukraine. Within my own department, we have received many offers of help from farmers, food producers and water companies.

And we Conservatives will support our farmers and food producers all the way.

Our new farming schemes in England are supporting our farmers to improve their profitability and output. We’ve just increased the Farming Investment Fund for small technology grants from £17 million to more than £48 million supporting thousands of farmers with their investment plans this year.

Much has been said about the state of the UK’s self sufficiency in the context of reforming UK agricultural policy, but it is also often misunderstood. Our production to supply ratio remains high judged against historical levels. It was running at just 30 per cent in the late 19th century and little more than 40 percent before the Second World War. If you look at the foods we can produce, then our production to supply ratio today remains healthy at over 75 percent and has been stable since the turn of the century.

Of course, food production and environmental protection must go hand in hand. I’ve always maintained that they are two sides of the same coin. Many of the steps we will take to encourage a more sustainable model of agriculture will also help improve the resilience and profitability of farm businesses.

I grew up on a farm and my family have farmed in the same parish in Cornwall for six generations. The fields have names handed down the generations along with advice. My great grandfather had a perspective forged in the difficult inter-war years. He always said that, if you wanted to make money in farming you had to keep the salesmen on the other side of the farm gate!

Today, farmers face the challenge of rising costs for inputs like manufactured fertiliser because the process depends on gas. The solution will require us both to pioneer new technologies to manufacture more organic based fertiliser products, and to rediscover more older, more established techniques such as using nitrogen fixing legumes and clovers as an alternative to fertiliser. A healthy crop requires healthy soils and our new Sustainable Farming Incentive will support farmers to build the health and fertility of their soil and to reduce soil erosion.

Last year we took our message about the importance of soil health to the rest of the world as we hosted COP 26 in Glasgow. There is growing recognition that climate change will create pressures on the ability of the world to feed itself. Water scarcity will become a challenge in some landscapes and the temperate regions of the world will need to produce food for a growing global population. Countries around the world are developing a new appreciation about the connection between successful agriculture and a healthy environment.

And when it comes to tacking climate change, it is not enough to focus only on greenhouse gas emissions, important though that is. The world’s forests are the lungs of the planet and the alarming and relentless deforestation that we have seen should concern us all. Not only does the loss of forests have a huge impact on greenhouse gas emissions, these precious habitats are also home to an amazing array of species causing a crisis for biodiversity and the natural world.

That is why our Prime Minister made nature and the world’s forests one of his key priorities at last year’s COP meeting and why we continue to build on what was achieved. The UK is leading the way by committing £3 billion of our International Climate Finance to nature and we persuaded 142 countries to sign the Glasgow Declaration committing to halt and reverse forest loss and land degradation by 2030.We had leaders representing over 91 per cent of the world’s forests signing up – from the northern forests of Canada to the tropical rainforests of Brazil, Colombia and Indonesia.

There is nothing more Conservative than wanting to conserve the environment. We believe Conservative governments pioneered legislation to address pollution in our rivers; improve the quality of our air and tackle the impacts of greenhouse gas emissions. As precious habitats are being lost, we, as Conservatives, are stepping up to take action. At home and abroad. It is our fight, our party’s fight and our country’s fight.

It was a Conservative Government that established the Darwin initiative back in 1992 at the Rio Earth Summit. Since then, Darwin has funded over 1,200 projects in low and middle income countries helping to conserve biodiversity and reduce poverty. And our £500 million Blue Planet Fund is supporting developing countries to protect the marine environment and reduce poverty.

Last year, our world-leading Environment Act became law – creating a new domestic framework outside of the EU. Just this week, I have set out ambitious environmental targets in priority areas from biodiversity to air and water quality. I want us to use our newfound freedom to do better for our environment – where there is more room for science and less obsession with legal process.

As the Prime Minister said at COP, we have a chance to end humanity’s long history as nature’s conqueror, and instead become its custodian – a mantra that has long been at the core of conservatism. Now is the moment and it is a Conservative Government that is leading the agenda.