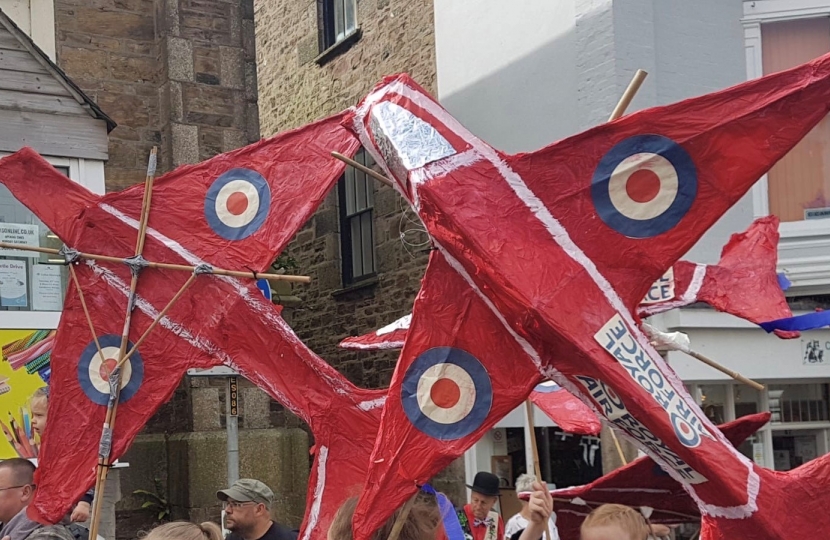 George recently attended the annual Murdoch Day celebrations in Redruth. The day commemorates the achievements of William Murdoch, the inventor and engineer who was one of the pioneers of steam power development in Cornwall and also famously invented the first ever gas light using piped gas.

Many local children, families and members of the community came together to see the excellent procession in the morning, which involved lots of local schools, dance acts and bands.

George said, "Once again Murdoch Day has proved to be a great success in celebrating a great pioneer. This year's theme of the parade was particularly enjoyable as it was the RAF marking the 100th anniversary of the end of the First World War. There were some really creative designs from our local schools and it was good to see so many local school children and their families taking part in the festivities."