Our next Prime Minister 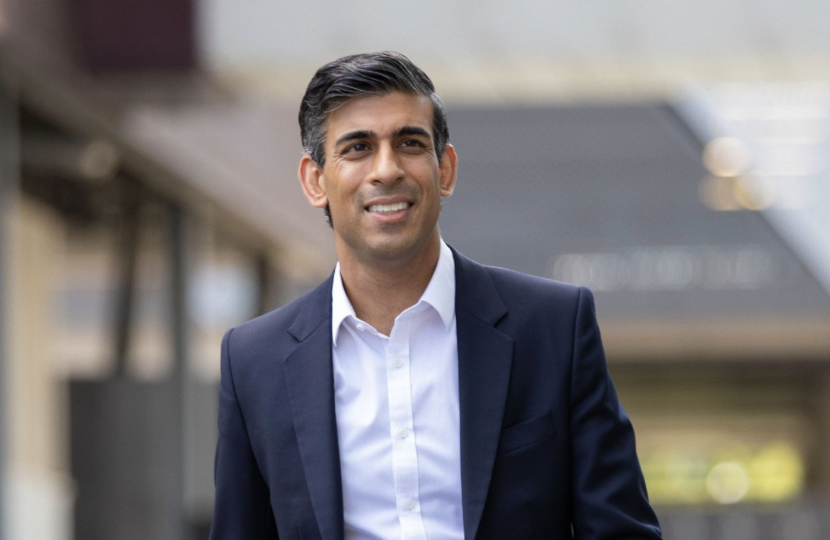 What we need most in any Prime Minister is good judgement. The decisions that come their way are invariably difficult, where either course chosen could go wrong. They need to be able to understand the detail and grasp complex issues quickly. They need to be able to scrutinise and challenge the advice they receive, and they need to keep their head when things go wrong and set aside the background noise, even when those around them are spooked by it.

What I like about Rishi Sunak is that he does all these things well. He has a command of detail. Those of us who have worked with him know that and everyone has seen it in the recent TV debates. When you brief him on a complex technical issue you sense the penny drop before you have finished your sentence. The questions that come back are perceptive. He has an intuitive understanding of risk and can think several moves ahead, but he remains decisive and does not allow himself to be driven back to the path of least resistance.

In 2016, I supported the campaign to leave the European Union. As the Minister responsible for farming and fisheries, I spent my days with lawyers trooping into my office telling me what wasn’t possible because of EU law. The rulebook dumped on our farmers under the Common Agricultural Policy was all pervasive; how many farm inspections there must be in a given year, how much a farmer must be fined if they make a mistake, the maximum width of a gateway, how we define a hedge; whether a cabbage and a cauliflower should be deemed the same crop for the purpose of the three-crop rule. It was stifling and I believed that we could do better for our country.

Rishi Sunak believed so too. He could see that the 2016 referendum was a watershed moment for our country that we could not duck and that Ministers needed to show leadership by backing Vote Leave. In fact, I remember him being in the front row when I launched my vision for what a post-Brexit agricultural policy could look like. As a rural MP himself, Rishi gets farming and promised to be a champion for the causes of the countryside in his maiden speech.

As we emerge from the pandemic there are many urgent problems that need to be tackled from the risk of growing inflation, a backlog of operations in the NHS, the pressures on adult social care and an uncertain world in the context of the war in Ukraine. How best to get inflation under control has been a key issue for debate in the leadership contest and I think that Rishi Sunak is right. If you borrow lots more money and spend more in the current environment inflation could get out of control, interest rates would rise, and people’s mortgages would go up causing more problems. Instead, we need to show sound financial management.

We Conservatives have an important responsibility to elect a leader who can meet the scale of these challenges as Prime Minister. The fate of the Conservatives at the next election will depend, not on what we say nor on some election slogan, but on the quality of the decisions our government makes over the next two years.

That is why I am backing Rishi Sunak.