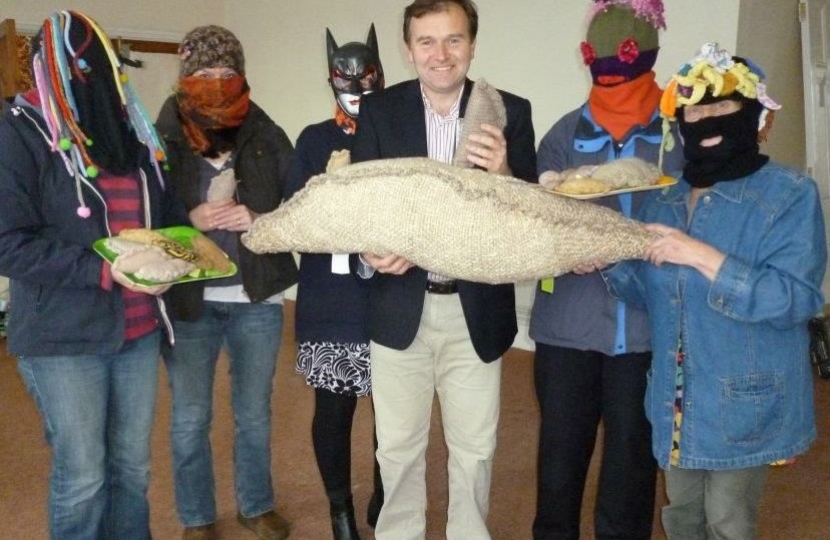 My main focus over the last two months has been working with George Osborne and others in the Treasury to find a solution to the problem of the “pasty tax”. The Cornish pasty has been an incredible success story over the last decade with a huge growth in demand across the country. I wanted to ensure that this success was not compromised.

In his budget in March, the Chancellor announced that we was seeking to close something called “borderline anomalies” to ensure that all hot takeaway food attracted VAT in future. The real target was the supermarkets who have exploited loop holes in the law to sell rotisserie chickens without charging VAT while the local cafe would. The initial proposal was that any food sold above ambient temperature would attract VAT but the Cornish pasty is unique in that it can be eaten hot or cold and is actually best eaten when lukewarm rather than hot. There was a big campaign locally.

As with all such issues, the easy bit is to point at the problem and complain, but the most important thing is to roll up your sleeves and do the serious thinking that might identify a workable solution. I met all of the major pasty producers in Camborne and Redruth to discuss the approach they took and I also studied all of the detailed case law dating back to 1988 to see how the courts had interpreted disputes in the past. My recommendation to the Treasury was that they should apply a simple principle: provided pasties were not kept warm in cabinets after being cooked and were simply freshly baked and being allowed to cool naturally, they should not attract VAT. That would deal with the problem of the supermarkets exploiting a loop hole to sell hot chickens without VAT but allow the Cornish pasty to escape and it would be easier for the HMRC to enforce than the original proposal.

In my discussions with the Treasury, the idea of introducing the further condition of an exemption for hot food that had not been cooked to order emerged. This works well for the Cornish pasty because it takes the best part of an hour to cook a pasty so no one would ever have one cooked to order. It was a neat compromise and I am delighted that the Treasury have finally given this idea the green light.

George Osborne has faced criticism over the last couple of months but I think it is to his credit that he listens to what people have to say and is not afraid of adjusting proposals when mistakes have been made. It makes a refreshing change from the old fashioned politics of ploughing on regardless which we endured under Gordon Brown.