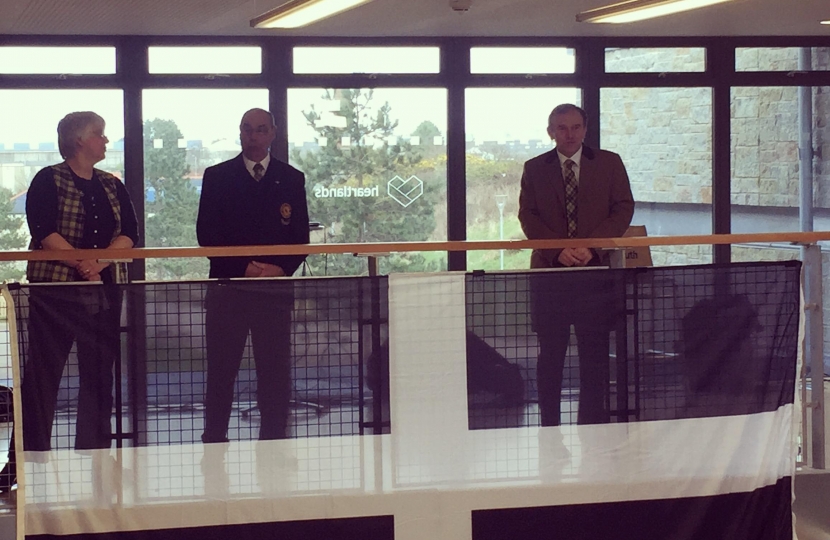 Cornwall’s MPs have welcomed the Government’s £100,000 funding boost for culture and heritage projects across the county.

The Government has confirmed it is awarding Cornwall Council a £100,000 grant, spread over two years, to create a Cornish Culture Fund.

George said: “We have a number of iconic cultural venues across the county which have benefited from significant investment, such as Heartlands. I'm looking forward to the opening of the Kresen Kernow archive centre in Redruth, and hope to see some of this money spent on the Cornish language which is an important part of our cultural heritage”

Last Saturday, George attending the St Piran’s Day celebrations at Heartlands. It was a well-attended event and a true celebration of our Cornish culture and identity.

The Government responded this week to the Council of Europe’s advisory committee on the Framework Convention for the Protection of National Minorities (FCNM), a treaty that aims to protect the rights of minorities.

The response focused, in part, on Cornish language and culture and confirmed the £100,000 grant.