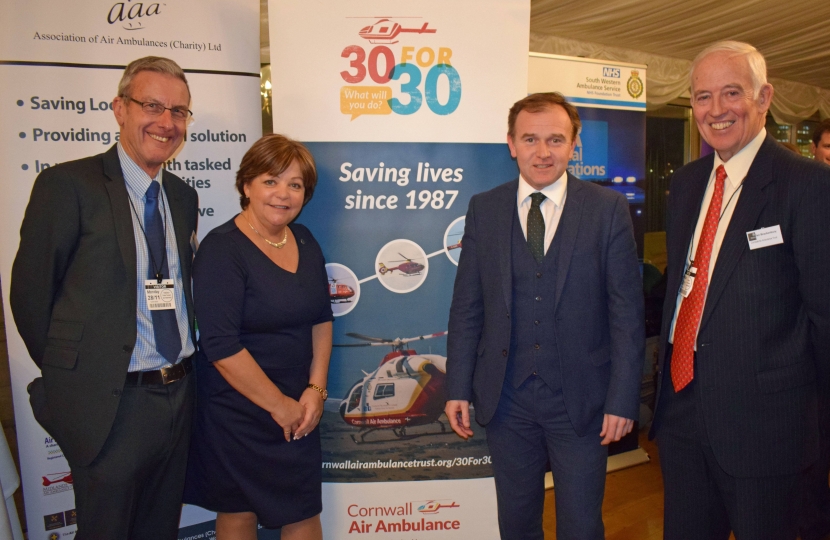 Yesterday, George attended the All Party Parliamentary Group for Air Ambulances (APPGAA) Annual Reception at Westminster. He met with members of the team from Cornwall Air Ambulance, including Paula Martin (Chief Executive) and two trustees, Ian Brackenbury and Robert Cowie. Cornwall Air Ambulance has just been awarded £1 Million from the Libor banking fund, which is a major boost to fundraising for a new helicopter.

George said: "I can remember when the Cornwall Air Ambulance began in 1987. It was a great example of Cornwall's "one and all" approach because people in Cornwall really rallied behind the idea.  It was the first air ambulance in the UK and now many other parts of the country have followed Cornwall's lead. Since 1987, it has completed more than 26,000 missions and saved many lives.  It is a great initiative and I wish them every success in raising the funds that are still required to hit their target".