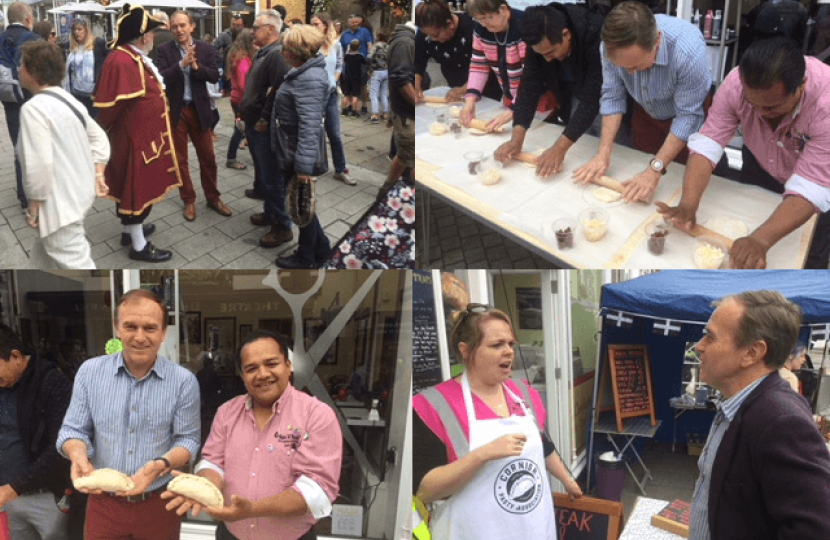 On Saturday, George Eustice MP attended the annual Pasty Day celebrations in Redruth. The day celebrates the unique history of the pasty and its international links around the world.

Cornish miners also settled at Real Del Monte in Mexico, and George took the time to meet a delegation of them at the Pasty day. Cornish miners also settled at Real Del Monte in Mexico. Earlier this year I met some of the local representatives from the town when they visited the Heartlands project in Pool and there were other Mexican pasty makers in attendance last Saturday. Cornish miners were responsible for developing silver mining in Real Del Monte during the nineteenth century. They also introduced football and other sports to Mexico. Hundreds of Cornish miners ended their lives in the area and many are to be found in one of the local cemeteries, apparently facing home to Cornwall which was a common request at the time.

George said, "This year, there was a fantastic turnout, and it was good to see so many people attending the event. The pasty is renowned all over the world for being Cornish and I am glad that this event which celebrates our unique heritage continues to flourish and grow."