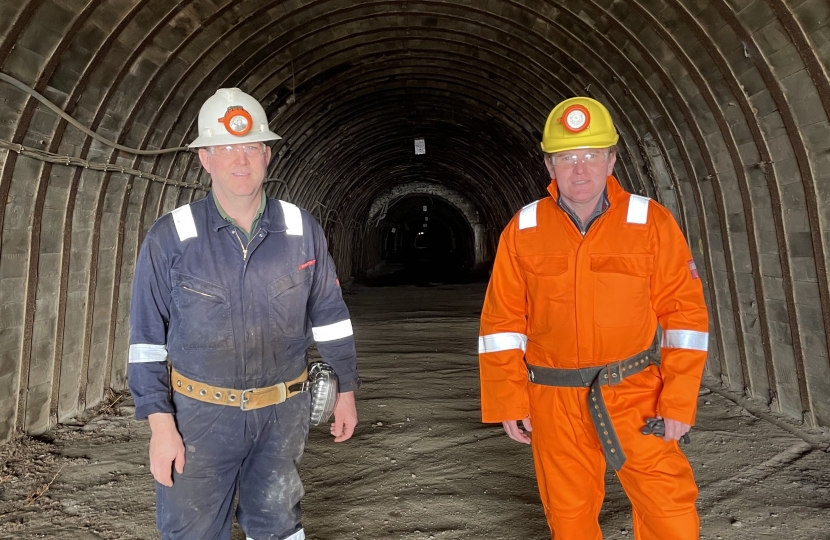 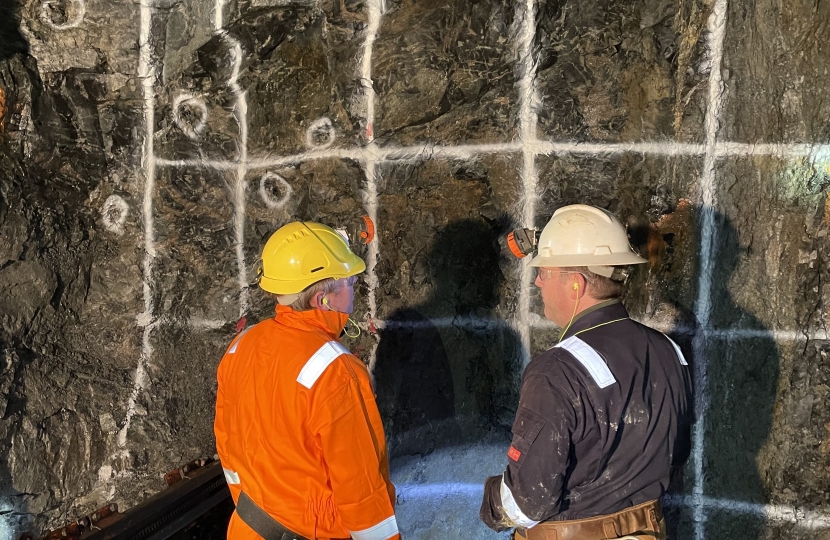 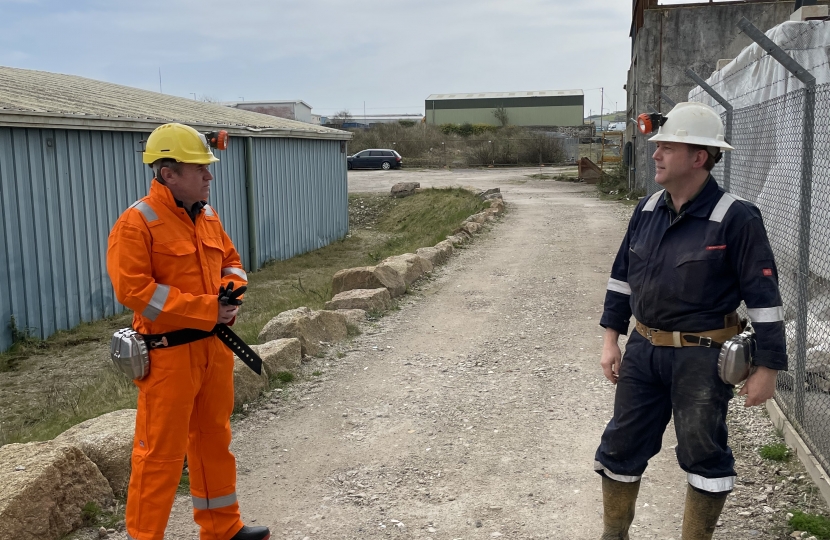 George Eustice, Member of Parliament for Camborne, Redruth and Hayle last week visited the South Crofty Mine to get an update on plans to de-water the mine and resume tin production at the site.

South Crofty was the last Cornish tin mine to remain open and had seen production over four hundred years. The mine itself extends almost two and a half miles across and 910 m down. Evidence of mining activity in South Crofty has been dated back to 1592, with production peaking during the late nineteenth and early twentieth century.

The mine at South Crofty closed in 1998 after several years of decline. However, a Canadian company Cornish Metals, formally known as Strongbow Exploration, bought the site in July 2016 and announced plans to reopen the mine.

George was given a tour of the mine by the Chief Operating Officer of Cornish Metals, Owen Milahop. The plans are for a modern, state of the art mine that would be unlike anything that has gone before. It would be the most modern mine in the UK today.

The company has raised some initial funding through a listing on the AIM Market on the London Stock Exchange.  Pumping equipment has been purchased and a site for a water treatment site has also identified and prepared.

Following the visit, George said, “Tin is an essential ingredient to so much of the modern technology around us today from smartphones and tablets to electric cars and renewable energy.  At South Crofty we have the most important tin reserves in the UK and some of the best in the world. As the global tin price rises, it would be good if we could resume production here.”

Owen Milahop, COO of Cornish Metals, also added, “We were very pleased to show George around the mine recently. George has been a big supporter of the project for many years and was particularly keen to learn more about how tin is critical for our transition to a low carbon economy. We greatly appreciate his continued support for this project!”

George Eustice, Member of Parliament for Camborne, Redruth and Hayle has today welcomed the announcement by Communities Secretary Robert Jenrick of new funding to support the safe and successful reopening of Cornwall’s highstreets.