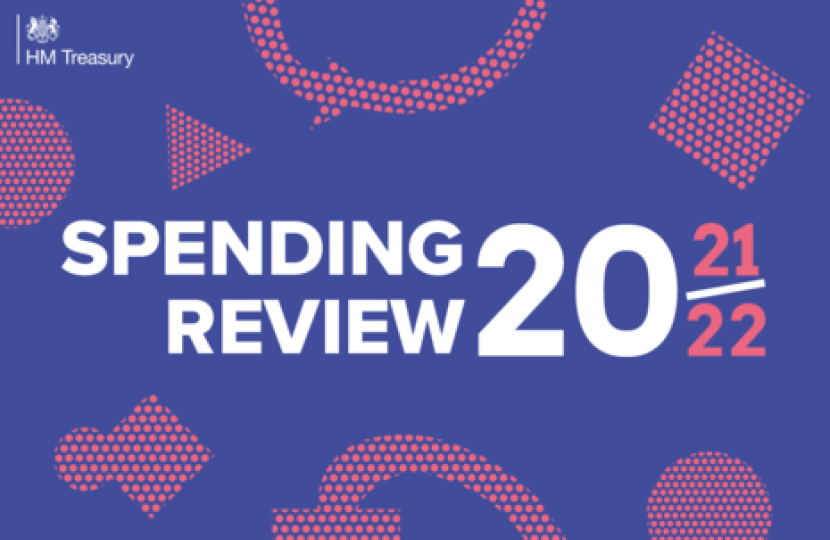 George Eustice, Member of Parliament for Camborne, Redruth and Hayle has welcomed the Chancellors recent Spending Review that commits billions of pounds to help tackle coronavirus next year and £100 billion in capital spending to help drive the UK’s recovery and support jobs as we build back better from the Pandemic.

The Chancellor announced this week that his immediate priority was to protect people’s lives and livelihoods as the country continues to battle the outbreak - allocating £55 billion to tackle the virus next year.

The statement set out how the government would deliver stronger public services – honouring the promises it made to the British people with core day-to-day departmental spending growing by £14.8 billion in cash terms next year compared to 2020/21.

The Chancellor also announced how the government would deliver the next stages of its record investment plans in infrastructure to drive the UK’s recovery and level up for a greener, stronger future with £100 billion of capital spending next year and a £4 billion Levelling Up Fund.

In addition, the Government has committed that total domestic UK-wide funding will at least match EU receipts, on average reaching around £1.5 billion a year. This will help local areas prepare over 2021-22 for the introduction of the UK Shared Prosperity Fund, we will provide additional UK funding to support our communities to pilot programmes and new approaches.

George said, “While are still fighting the Coronavirus Pandemic, the seismic economic impacts are only just beginning. The Government’s spending review tackles this situation head-on – ensuring we protect jobs, the economy and continue to build back better and greener from the Pandemic.

“The Spending Review shows the government is delivering on priorities of the British people by investing and boosting growth in what has been a difficult year”.

As part of the Government’s commitments to fund the nation’s priorities, the Spending Review confirmed:

George has written more about the future recovery from the impacts of the Coronavirus Pandemic, you can READ MORE HERE.

George Eustice, the Member of Parliament for Camborne, Redruth and Hayle, has welcomed the outcome of the first round of the newly announce Green Recovery Challenge Fund.