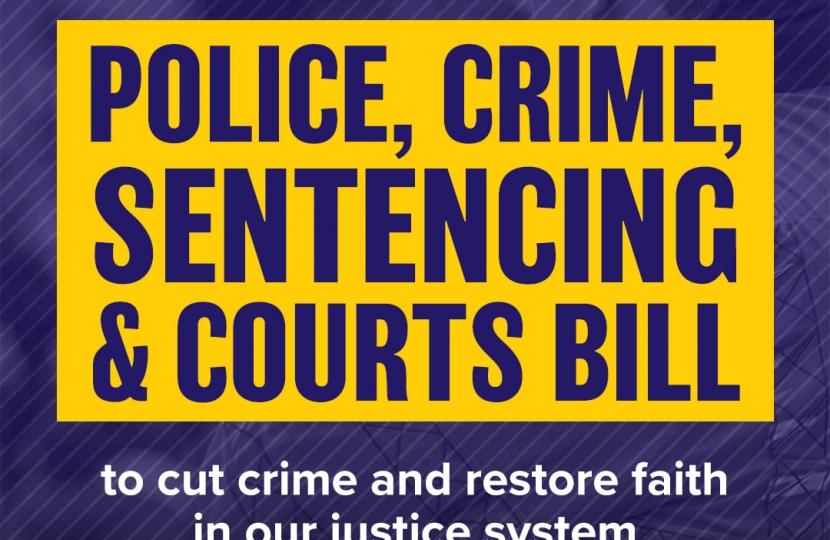 George Eustice, Member of Parliament for Camborne, Redruth and Hayle has today welcomed the announcement that new legislation will be introduced to help reduce crime and make our local communities safer.

Cutting crime and building safer communities will be at the heart of new legislation unveiled in Parliament today, as the government delivers on its pledge to restore confidence in the criminal justice system.

The Police, Crime, Sentencing and Courts Bill seeks to equip the police with the powers and tools they need to protect themselves and the public while overhauling sentencing laws to keep serious sexual and violent offenders behind bars for longer, and placing greater emphasis on rehabilitation to better help offenders to turn their lives around and prevent further crimes.

Measures include widening important laws which prevent adults in ‘positions of trust’ from engaging in sexual relationships with young people under the age of 18, bringing sports coaches and religious leaders in line with other occupations such as teachers and doctors. The move follows an extensive review which raised concerns that predators could exploit the particular influence these roles can often have in a young person’s life – making them vulnerable to abuse.

Meanwhile, new court orders will boost efforts to crack down on knife crime, as well as make it easier to stop and search those suspected of carrying a blade. New laws will also enable police to better tackle unauthorised encampments, and safely manage protests where they threaten public order or stop people from getting on with their daily lives.

The Bill will also enshrine a Police Covenant in law, strengthening the support received by serving and retired officers, staff and their families. In addition, maximum penalties will be doubled from 12 months to 2 years for those who assault police or other emergency workers, such as prison officers, fire personnel or frontline health workers – helping to protect those who put their lives on the line to keep communities safe.

Following the announcement, George said, “This announcement is part of our key manifesto commitment to crack down on crime and build safer communities. This bill will give police the powers and protection they need to do the job while offering more opportunities for offenders to learn from their past mistakes”

Lord Chancellor and Justice Secretary, Robert Buckland QC also added, “We are giving the police and courts the powers they need to keep our streets safe while providing greater opportunities for offenders to turn their lives around and better contribute to society.

“At the same time, we are investing hundreds of millions to deliver speedier justice and boost support for victims and will continue to do everything it takes to build back confidence in the criminal justice system.

George Eustice, Member of Parliament for Camborne, Redruth and Hayle, has today welcomed the announcement that Redruth Cultural Consortium has been awarded £80,000 for their Cultural Programme by Historic England.