George Welcomes the PM to the Royal Cornwall Show 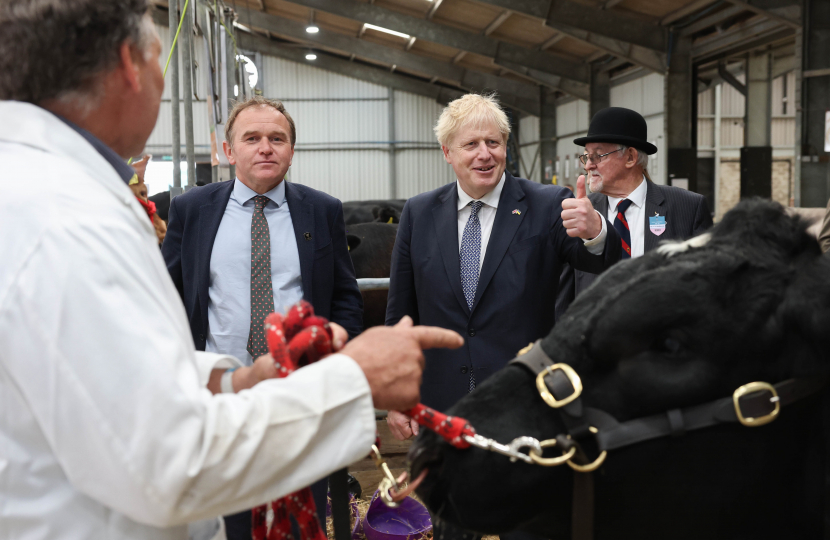 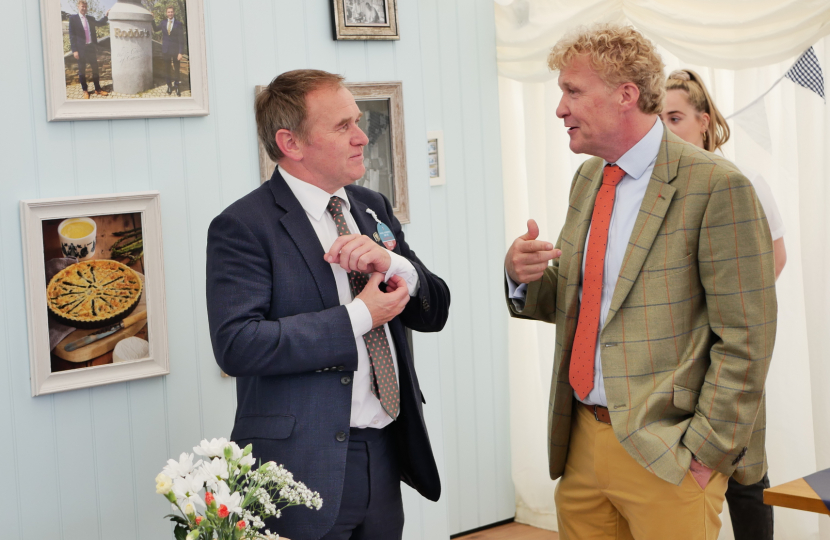 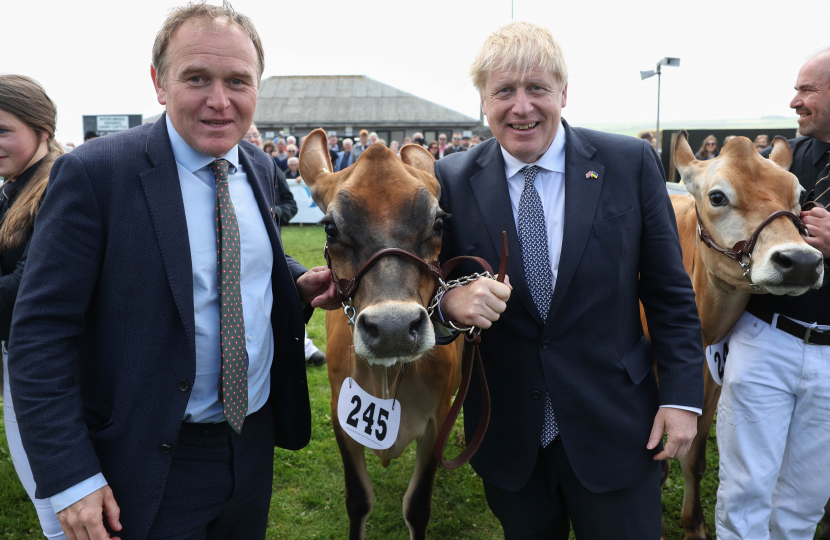 George Eustice, Member of Parliament for Camborne, Redruth and Hayle, recently welcomed the Prime Minister to the Royal Cornwall Show. The RCS, after a two-year break, saw visitors reach a seven-year high.

During the visit, George was joined by the Prime Minister, Boris Johnson, who he was able to give a tour of the Show. He also was able to meet several of the other Cornish MPs.

Over 120,000 people attended the three-day event at Whitecross near Wadebridge, which sought to demonstrate the best local produce and agriculture that Cornwall has to offer. George was able to visit the stalls of Young Farmers and Duchy College, as well as local food producers such as Roddas..

Reflecting upon the event, George commented that: “I have many childhood memories of the Royal Cornwall show. When I was growing up my father was one of the many volunteer stewards who gave up his time each year to make the event possible, so it is great to be able to attend again in person… Farming is real, it happens outdoors, and demonstration projects that you can see in action on the ground are so important.”

The Prime Minister, Boris Johnson said that: “Cornish food and drink is some of the best in the world and what we’re doing is championing that. We are making sure that we protect the rural interest, while moving away from the old EU system, to support farmers and to help them to maintain the countryside and also export evermore UK food and drink”.

Secretary of the Royal Cornwall Show, Chris Riddle, also added: “It was great to see everyone back at the Show, with so many people enjoying all that was on offer. The Show returned, and as usual, showcased Cornish heritage and agriculture, with an atmosphere that shone through”.