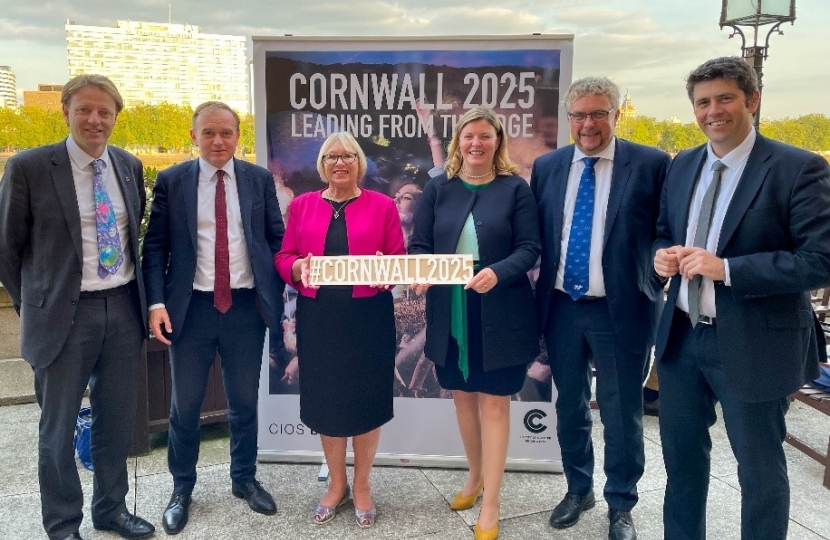 George Eustice, Member of Parliament for Camborne, Redruth and Hayle, has today welcomed the progress of Cornwall’s City of Culture Bid through to the next round of the process.

Following considerable competition from bids all over the country, The Department for Digital, Culture, Media and Sport (DCMS), which runs the four-yearly competition, confirmed today that Cornwall had made the longlist from an initial 20 expressions of interest from around the UK.

DCMS will now award Cornwall a grant of £40,000 to support a full application before a final shortlist is announced in early 2022, with the winner expected to be announced in May.

Cornwall is now up against the Armagh City, Banbridge and Craigavon, Bradford, County Durham, Derby, Southampton, Stirling and Wrexham County Borough. Cornwall’s bid has the themes of ‘people, place and planet’, with the environment and the transition to a low carbon economy and society at its heart.

Following the application’s progress, George commented, “Cornwall has a significant place in our nation’s cultural history and is a prime candidate for the UK’s 2025 City of Culture, so it is welcome we have now been long-listed by the Government.

“Ever since I was first elected, I have made clear that economic regeneration in Camborne, Redruth and Hayle was my number one priority. By hosting events like the G7 and the opening stages of the Tour of Britain, we have confirmed our place as both a cultural and a political force within the United Kingdom, my hope is with the City of Culture Bid, this will be recognised.”