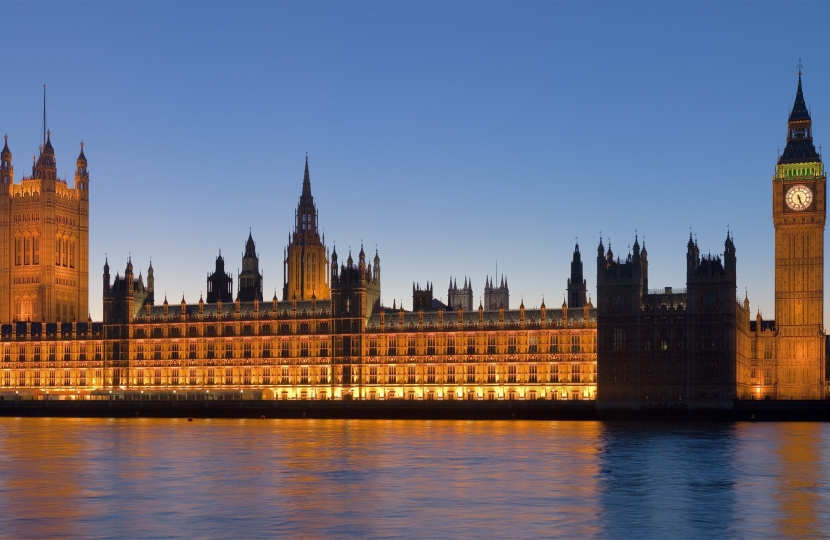 As I write this column, Parliament has just rejected the Prime Minister's withdrawal agreement from the EU by a huge margin and we are about to face a day of debate in a confidence motion in the government. The one thing we know is that things can always get worse in politics!

However, out of the current chaos it is still possible that a consensus could emerge. The current impasse has been driven by a number of factors. Firstly, the country remains deeply divided over the decision to leave the EU and parliament reflects that. Secondly, too much emphasis was placed on what was "negotiable" with the EU and not enough on what would gain support back home and as a result, our negotiators made too many concessions that stored up serious problems that were then exposed when tested to a vote. Thirdly, Jeremy Corbyn desperately wants a General Election and that objective has been put above trying to find a settlement that the country could unite behind.

The default position now is that we leave the EU without an agreement and revert to what is called "WTO rules". The government has been actively planning for this contingency for two years since it was always a possibility. We are probably as ready as we could ever be. In my own department, Defra, huge amounts of work as gone into the systems that would be required for borders and for new documentation to accompany exports and to consider what our trade policy should be in a "no deal" scenario. However, it is likely that, even with this planning, there would be turbulence and problems that are hard to predict. Much would depend on whether the EU would behave in a responsible way and try to make things work smoothly or whether they would behave in a reckless way. We don't know exactly how smooth or difficult a no deal scenario would be.

The ideal answer therefore, is for parliament to reach an agreement on an alternative approach and then force the EU to do something they are not always good at - making a decision quickly. The first thing that needs to happen is for Jeremy Corbyn to have his day trying for a no confidence motion in the government but hopefully get defeated. By the time you read this article you will know the outcome of that no confidence motion. If we have a General Election now, then nothing can be done for six weeks and if there were a new Labour government at the end of it, they would then immediately cancel Brexit and betray all those who voted for change in 2016. However, if Jeremy Corbyn loses that vote of no confidence, then it will focus minds and it is then it is possible that the Labour Party will be willing to engage sensibly in a discussion about what sort of agreement the they would support.

The second thing we need to do is vanquish those who want to ignore the referendum result and force people to vote again until they learn to do what the political elites demand. There is no point at all having a second referendum if parliament lacks the integrity to honour the result of the first. A decision to ignore the 2016 referendum result would be deeply damaging to our country and must not be allowed.

However, we then need to reach a settlement that reflects the result of the 2016 referendum and allows parliament and our country to make peace with itself. I have said before that there is now growing momentum behind a so called Norway option that would mean we leave the EU with immediate effect but delay our departure from the EEA agreement. Under this option, we would become an independent country again with our own agriculture and fisheries policy but we would remain in a free trade area with the EU. It was actually Britain that invented the idea of a European Free Trade Association as a rival to the EU back in the 1950s. We built an alliance of seven countries at a time when the EU only had six. With hindsight we made a terrible mistake by abandoning what we had created and surrendering our independence to the EU in 1972. Maybe in the end we will pick up where we left off but there will be more argument before we get to that point.