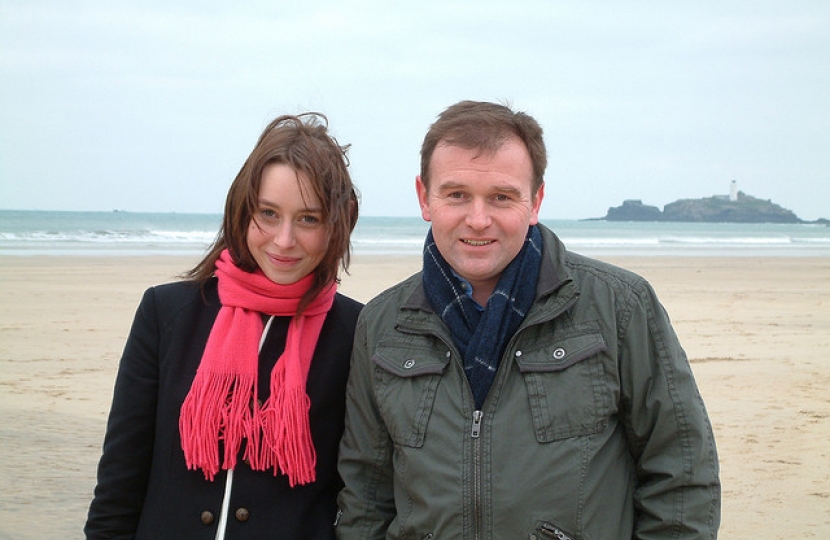 George was born and raised in Cornwall. The Eustice family have lived and worked in the Camborne and Redruth area for over four hundred years, first working in the mining and engineering industry and then farming at Gwinear, where they have lived for the past 150 years.

After several years working in the family farming business, George gained several years' political campaign experience. He worked on the anti-euro 'No Campaign', as Campaign Director between 1999 and 2003. He was then the Conservative Party's Head of Press under Michael Howard between 2003 and the 2005 General Election. He was David Cameron's Press Secretary from June 2005 until the end of 2007 and was part of his campaign team during the leadership contest.

George was first elected as MP for Camborne, Redruth and Hayle in May 2010. He has championed economic regeneration in Cornwall and was active on the No2AV campaign against the adoption of the Alternative Vote system. George actively campaigned for Britain to leave the European Union, stating that he wants to see Ministers and their Civil Servants have the freedom to start thinking policy ideas through from first principles.

The Secretary of State has overall responsibility for the Department for Environment, Food and Rural Affairs.

George's other work also included presenting a Private Members Bill giving new protection to borrowers who offer lenders a security interest over their assets. He successfully campaigned to protect Cornwall's policing budget and extend the £50 rebate on water bills in the South West.

George was re-elected as the Conservative Member of Parliament for Camborne, Redruth and Hayle in December 2019 and was appointed as Secretary of State for the Environment, Food and Rural Affairs in February 2020. George is always happy to meet residents. If you would like to get in touch, please email: george.eustice.mp@parliament.uk