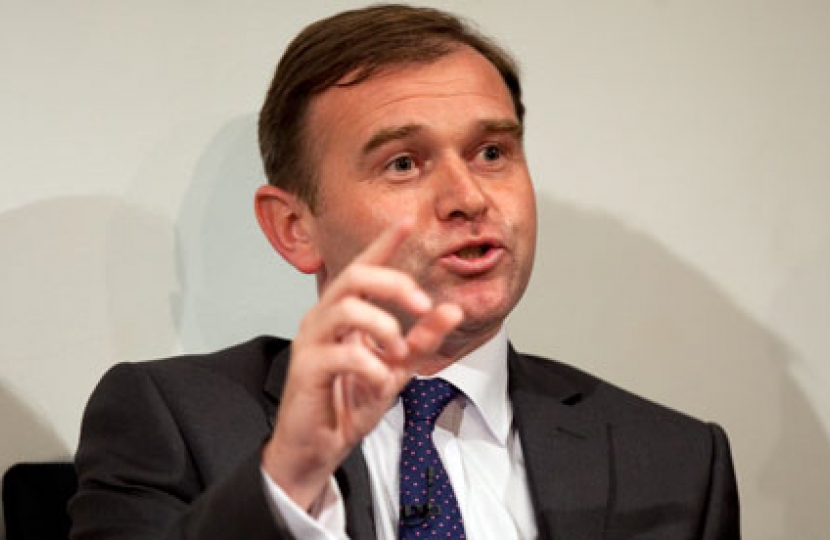 Appearing on the Daily Politics Show on 10th June, George has spoken out against Ed Balls’ newly announced policies that will see a welfare cap every three years including a cap in pensions. George said Labour’s new announcement proved they were ‘all over the place’ in terms of policy and that their rapidly changing ideas showed little consistency and risked penalising pensioners who had worked all their life. This new announcement is in direct contrast to the Government’s plans for a single-tier pension that will see the average pensioner £12,000 better off during retirement.

George was also asked about the All Party Parliamentary Group’s criticism of spousal Visas, which have been significantly tightened under the Government’s new rules on immigration. George replied that the Government was making good progress in dealing with immigration, cutting it by a third since the election in 2010 and that it was necessary to make difficult decisions to deal with some people taking advantage of previous spouse rules.