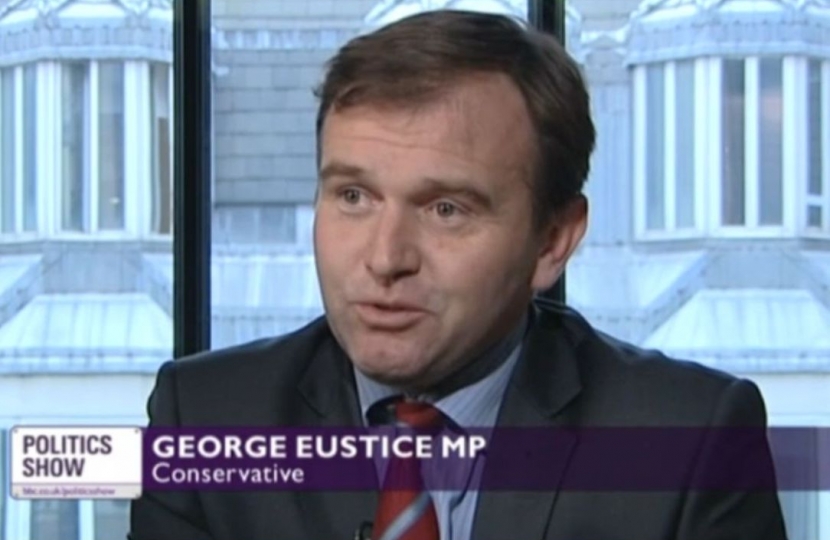 George Eustice MP was interviewed on BBC One on The Politics Show South West yesterday morning about the Eurozone crisis, the future of the European Union and our relationship with it.

Speaking on the programme, George said, "I think this is a huge crisis on a scale that the European Union has not seen before just because you've got hundreds of billions - if not trillions - of Euros at stake. It may be better if they want to protect the Euro, it might be better for a few countries to exit it rather than to try and keep the whole thing together with all of its pathetic contradictions that it's got to try and keep it on its feet until the point when this whole thing comes crashing down.

I've never accepted actually that you can't renegotiate the relationship with the European Union. People should stop being so defeatist about this. If we've got a national government that knows what it wants and is very clear about what it wants, it just takes that position to the negotiating table and it puts its foot down until it gets it. And I think the changes that are going on now may require a new Treaty, and it's a golden opportunity for the government to really think through what it is we want the European Union to be doing in the 21st century, and what we want it now to do and how we really want to re-order it."