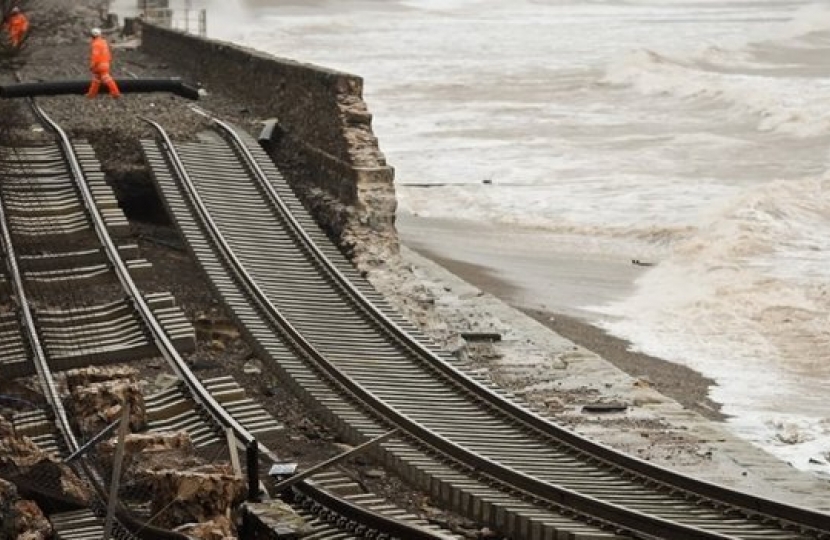 The Peninsula Rail Task Force launched its resilience report, "Closing the Gap", on 22nd November. Its initial priorities of greater resilience, faster journey times and more capacity and connectivity remain. Rail Minister Paul Maynard MP was clear that the Government recognises the importance and urgency of improvements to the railway in the Southwest.

This follows the Transport Secretary's announcement of £10 Million to help strengthen the resilience of the railway line from Exeter to Newton Abbot, via Dawlish. This is part of the long-term solution to building the resilience of the Southwest's railway network, following the sea wall breach at Dawlish and the cliff collapse at Teignmouth in 2014.